On October 22nd, the VH1 Save The Music Foundation hosted “Family Day” at The Anderson School on the upper west side of Manhattan.  I spent all summer and some time after helping plan this event, brainstorm activities, spread the word via social media, pitching to advertisers, and so much more.  So, needless to say, I was pretty stoked for the event the day of. And even though I couldn’t have felt more prepared, or excited, or ready for the event to happy already, I’m not sure anything could have prepared me for the day that was “Family Day.”

I landed in New York on Thursday afternoon, and just 24 hours later I was on the LIRR on my way to Penn Station.  From there, I would walk to the VH1 STM offices in Times Square.  It was a whirlwind once those wheels stopped moving, let me tell you…. END_OF_DOCUMENT_TOKEN_TO_BE_REPLACED

…and the counter terrorism unit, apparently.

It has been reported, and tweeted (trending, no less), that Occupy Wall Street has moved to Times Square today.

Now, the news that was anticipated for today was how the protests spread world-wide… but, of course, the original #OWS gang is stealing the spotlight, yet again.

Seriously, though, moving to Times Square today was the quite the move on their part.  I’ve read, via Twitter, that the estimated numbers of people there is expected to exceed the number normally there on New Years Eve.  That’s a reported 60,000+, folks.  And growing.

Not to mention that the police have definitely taken notice.  I’ve also read on twitter that there are police officers, police horses as well as the counter terrorism unit showed up to barricade and control the crowds.  It’s even being reported (yes, still on Twitter) that all protestors present in Times Square are subject to being arrested…

As of now, only one protestor, and two police officers has been reported as injured.  However, updated from the one arrest earlier, it was reported that 42 people were arrested in Times Square.  I heard, though am not certain, that these several of these protestors were arrested for wearing face masks, though, which could have been easily prevented… The march is said to continue on tonight to Washington Square Park at 10p, which hopefully means out of Times Square (for everyone’s sake.)

Now, as I follow all of this unfolding on Twitter, I can’t help but wonder… where is the mainstream media news?  Seldom articles have been found by even the NYT or CNN (though, they are starting to appear, but it they took their sweet time to trickle in), but the fact that this is happening on Twitter is probably the most mesmerizing to me.  People aren’t going to their regular news sources, they’re following these events on social media.

END_OF_DOCUMENT_TOKEN_TO_BE_REPLACED

In high-school, most mornings I woke up around 5:30a to be at school by 6.  I had meetings and organizations I was leading that I was in charge of being present to help lead and represent, then I went about my school day until 2:30p.  Then, after school, I would have band practice and/or play rehearsal until about 9p that evening, only to go home that night to do homework, go to bed, wake up, and do it all the next day.  Boy, let me tell you, trying to throw a job in that mix was a task I certainly failed at.

Little did I know, this was only a warm-up for the marathon I’d be racing in college.

Most often, you hear adults, teachers, whoever, talk about college age kids… usually in a negative light.  It’s usually about how all they like to do is sleep, hang out with their friends, waste time on the computer and “The Facebook,” or consume certain substances.  Or, there are the teachers and professors who wholeheartedly believe that their class is the only class, the most important class, and everything in their students lives should come second to that class.

END_OF_DOCUMENT_TOKEN_TO_BE_REPLACED

Today in my Social Media in Public Relations class, we got into this discussion based on social media relationships — specifically, Facebook vs Twitter.

One side was that Facebook is better for relationships.  Why? It’s not as public, you can control who sees the things you post, you can interact more, you can simply do more.

The other side, Twitter, was that it’s more about sharing thoughts, ideas & content and not making and maintaining relationships.

Valid arguments were made both ways, but it made me wonder, why can’t they both used to build and maintain relationships?

Just as we all have different relationships with different people, why wouldn’t we have different relationships on Twitter than we do on Facebook?  Twitter is a great way to get your information out there, to share content, to get the point across (you do only have 140 characters, after all).  It’s also a way, though, to connect.  Twitter is one of the only media that can allow you to easily search for people of common interests and follow them with an easy click.  Then, suddenly, you’re allowed into their world of tweets, thoughts and other various content they decide to share, which will (most likely) coincide with your interests (given that, after all, you decided to follow them.)

END_OF_DOCUMENT_TOKEN_TO_BE_REPLACED

“This needs to be a wake up call that teenage bullying and teasing is an epidemic in this country and the death rate is climbing.  One life lost in a senseless way is tragic, four lives lost is a crisis.” –Ellen DeGeneres

I’m not sure when it started for you, but it started for me around this time last year when I heard about a boy named Billy Lucas from my home-state of Indiana (his town was Greensberg, mine is Evansville.) who committed suicide because of bullying. Then, shortly there after, the Tyler Clementi story emerged, about a boy from Rutgers University who took his own life because of bullying.  Then another story, and another story, and another.  The latest, tragic, death by bullying is from a young boy named Jamey Rodemeyer.

This leads me to ask, when will this stop?  When will these stories, these incidents, these deaths, be viewed as not coincidental, but because of a hate crime that occurs daily — bullying.

I’m not sure how many of you have kept up, or even read, the stories about suicides caused by bullying, but it’s something that always pulls my heartstrings..  Recently, upon hearing about the death of Jamey, I was just so disturbed and upset that such a young boy, with so much to offer the world, would be tormented so much to take his own life.  There are reports that the ones who bullied him told him he should end his own life… and he did.  Can you imagine?  Children telling your child, your friend, your brother/sister, or even you, that the world would be better without you?  What kind of child, what kind of mind or heart (or lack there of), would a person have to have — a child, no less — to tell another child such things?

Then, to add salt to an open wound, Jamey’s sister was at a homecoming dance recently.  No doubt, she was trying to escape the reality she has had to face lately of her younger brother’s demise, and trying to enjoy her night, when those who bullied her younger brother started yelling and chanting at her that they were glad he’s dead, and he’s better off that way…

END_OF_DOCUMENT_TOKEN_TO_BE_REPLACED 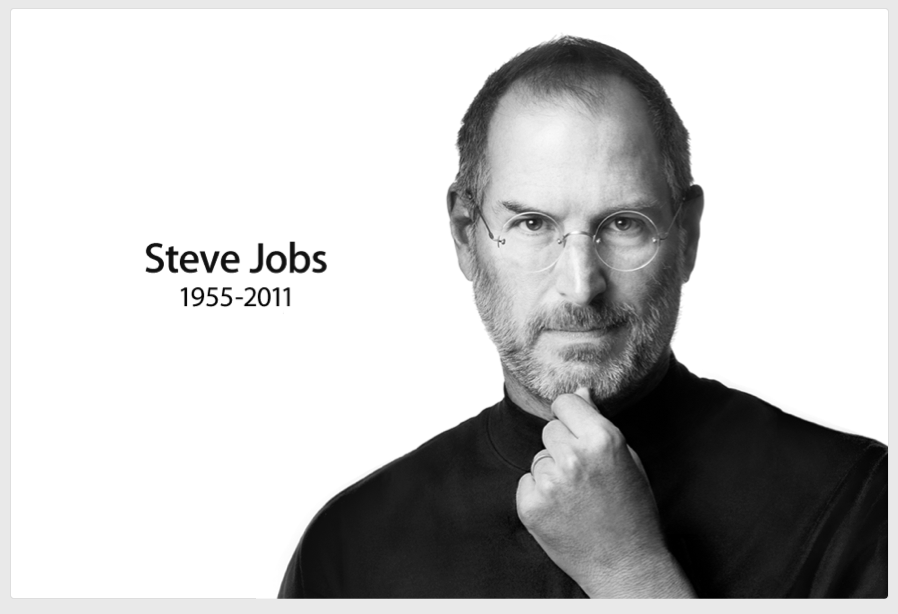 Just one day after the announcement of the iPhone 4S by Apple’s new CEO Tim Cook, former CEO Steve Jobs has passed away at the age of 56.

Jobs not only revolutionized Apple and its innovative products, most notably with the launch of the Mac, iPhones, iPods, iTunes, and iPads, but truly transformed technology, its use in everyday life, and the way in which we interact.

“We are deeply saddened to announce that Steve Jobs passed away today.

Steve’s brilliance, passion and energy were the source of countless innovations that enrich and improve all of our lives. The world is immeasurably better because of Steve.

His greatest love was for his wife, Laurene, and his family. Our hearts go out to them and to all who were touched by his extraordinary gifts.”

To the genius that was, and that will always be.

I dare you to spend one entire day without the form of technology you use most.

Or, if not all day, at least half of the day.

I know, how ironic is this, being posted right after my post about the iPhone 4S, but still, hear me out.

I took this little vacation from technology on Friday, Sept. 30.  I decided I had enough of my cell phone, of people texting, of checking e-mails, I was just tired of it.  I was tired of feeling like I had to be constantly connected to it, to someone, and always answering to someone. So, I turned it off.

Can I just tell you for one minute how positively, absolutely freeing it was?